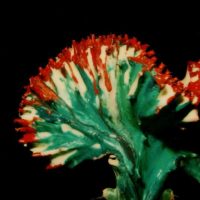 This Christmas Daniel Blau Gallerie in Munich is pleased to present a selection of photographs from the gallery’s most important collections.

By setting the scene of variety and juxtaposition as a context, the show culminates in a colourful, affordable and light-hearted exhibition for Christmas.

Works by David Bailey, Ansel Adams, Margaret Bourke-White, and Nobuyoshi Araki are featured alongside astonishing US Army, US Airforce, and NASA prints.

Araki to Zangaki contrasts documentary prints with contemporary colour photographs and illustrates the varied forms and practices of photography. The works by Araki and Bailey highlight the diverse way in which one medium of photography can be used. Diversity is a theme throughout resulting in an interesting portrayal of the human landscape in the 20th and 21st Century. 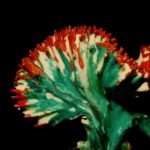 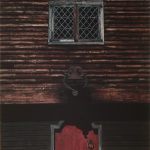 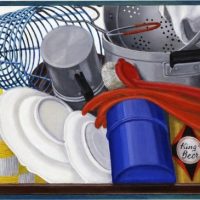 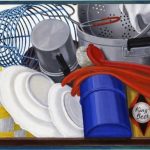 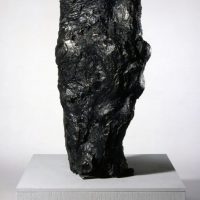 Per Kirkeby (*1938) is a Danish painter, sculptor and writer. He is also a geologist and natural scientist. As a student, he conducted geological fieldwork in the glacial northern frontier of Greenland where he studied rock formations and sketched the landscape during his free time. This empirical background has made a profound impact on Kirkeby’s artistic work and his pieces are often informed by his understanding of geological processes.

Kirkeby began creating sculpted plaster forms cast in bronze during the 1980s, mostly working outdoors during the summer on the remote Danish island of Laeso, which was once home to many major nineteenth century Danish landscape painters. Kirkeby’s bronzes appear to be chunks of hardened black lava, etched with seemingly endless valleys and creases. These rare pieces are highly expressive and possess a poetic, dramatic character.

Please note that the gallery is closed during the month of August. 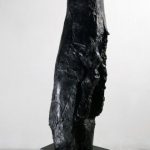 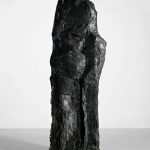 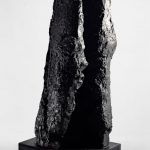 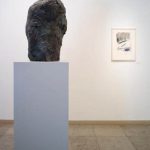 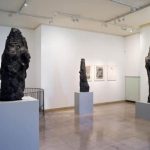 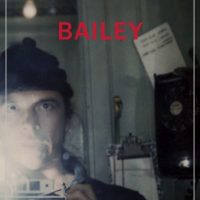 Planet of the Apes on TV, Papua New Guinea, Portraits

In the first of three exhibitions exploring the work of British artist David Bailey, we are delighted to present “Bailey: 70s Polaroids” at our Munich gallery.

In 1974, Bailey took his Polaroid SX70, which was at the time the most advanced camera in the world, to Papua New Guinea to photograph the lives of the people living there.  Exhibiting the faces of indigenous people from the deepest jungles of the country, the images from this trip represent a close-up, nostalgic view of a civilisation seemingly untouched by modernity.  We will be showing a selection of Papua Polaroids alongside a selection of portraits and Bailey’s Planet of the Apes Polaroids, taken during a television broadcast.

It was during a visit to Bailey’s London studio in 2012 that Daniel Blau discovered these unseen, long-lost contributions to his work.  “To find the box of Polaroids from the 1970s adds a very special touch,” said Blau, “it’s a bit like archaeology.  You get a peak into the past, and into a strange world as well”.

In addition to our exhibition of rare Polaroids we are pleased to present two further exhibitions of Bailey’s photographs at our London gallery and at Paris Photo Los Angeles this spring.

For more information about our London show click HERE.

For more information about our LA show click HERE. 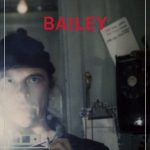 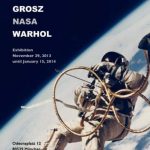 Following on the success of our Frieze Masters show “Weibsbilder” we are very pleased to present “Zum Thema Figur”, an exhibition in our Munich gallery of exquisite figurative and expressive 20th century drawings.

From October 31 we will show a thematic selection of fine drawings on the subject of figure by the following artists: 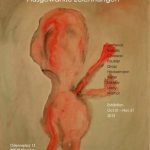 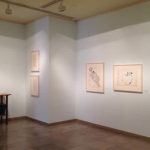 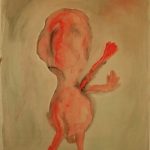 We are delighted to announce that we will show two exhibitions of early drawings by Andy Warhol (1928-1987) in Munich this autumn, one at the Pinakothek der Moderne and the other at our Odeonsplatz gallery.

Following the overwhelming success of our recent international museum exhibitions in Denmark and the Netherlands, we are pleased to present an exquisite selection of drawings, some of which have not been exhibited before.

Many of these newly discovered drawings are studies of the human form, inspired by photographs or magazine illustrations. They provide us with unparalleled insight into the early career of one of the 20th century’s most important artists, revealing a lesser-known Warhol founded in European art history and reminiscent of early 20th century masters such as Schiele, Dix, Grosz, Klee and Klimt. 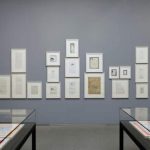 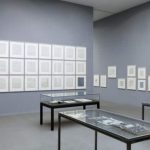 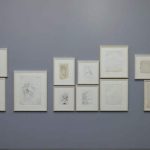 We are pleased to present an exhibition of works by Dan McCarthy (*1962, Honolulu, Hawaii). McCarthy’s paintings often depict isolated figures set against a wash of colour, lending ordinary scenes a surreal and fantastic atmosphere.

The artist’s unusual use of oil paint results in a watercolour effect – his figures appear to be suspended or floating. The use of thin layers of paint creates a sense of fluidity in these simple but far from simplistic paintings. In this exhibition we present a selection of McCarthy’s unconventional and exuberant portrayals of the human form.

Please join us for the opening of this exhibition on June 27th, 2013 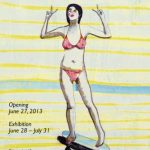 A photo is part of reality, or at least a tiny part of it. This reality is always in the past, where it has become elusive for us. The amazing thing about photographs is that they show us something in which we place our faith – we trust the image.

When it comes to photos of war atrocities, death and destruction, the case is even more interesting, as there’s a moral in addition to an artistic aspect. Over the years I have amassed a collection of photos that contain both a particularly high degree of artistic value and a moral message. They were also all printed at the time of being taken, and are thus vintage and display zeitgeist.

For me it is interesting to interpret the past on the basis of the photographs in this exhibition; to align what I see with my own experience or what I’ve previously learned. I get to see something to which I otherwise would not have access. For example, I can still enter the ruined Reichstag in Berlin. These visual experiences imprint themselves immediately and strongly on the viewer. Slowly the artistic quality of these recordings becomes known.

Just to give an example: it must be a great artist who so immortalised the landing of Allied forces as Capa did in his eleven photos. At first glance and without the context they look inconspicuous. However, as we know that they were taken on the 6th of June, 1944 in Normandy they are considered poignant pictures, an intrinsic part of our memory. 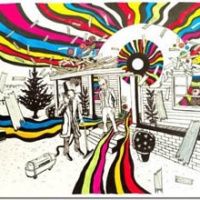 These recent drawings combine Neal Fox’s visionary depictions of the debauched and iconoclastic characters whose ideas have helped shape our collective consciousness with vivid colours that enhance the fantastical and psychedelic atmosphere of the images. Drawing on his extensive knowledge of the mythology of pop and consumer culture, Fox’s new drawings are infused with layers of narrative and populated by a vast range of celebrities, lunatics, and geniuses.

In these imagined landscapes Captain Beefheart sells a vacuum cleaner to Aldous Huxley at the Doors of Perception, while elsewhere Jesus is crucified on a McDonald’s sign and popular culture comes to resemble a neon nightmare. We present an exhibition of re-imagined reality and collaged dreams, the familiar made unfamiliar and strange.