At Paris Photo 2017 we are pleased to present two exhibitions on the subject of Photojournalism.

Augenblicke (In Just That Moment) shows iconic pictures of some of the decisive moments in 20th century history. Some of our highlights are:

1910,  Aug. 9:  William Warnecke took what is the first widely published snap‑shot news photo when he witnessed the assassination attempt on Mayor Gaynor.
1924, May 19:  AT&T sent the first “wire photo” by telephone from Cleveland to New York “in five minutes!”. This print was possibly processed by Weegee.
1928, Jan. 12:  The infamous photo taken with a hidden camera by Tom Howard of Ruth Snyder’s execution at Sing Sing Prison.
1929, Feb.14:  A print of the gruesome picture of Chicago’s bloody “St. Valentine’s Day Massacre”.
1931, Oct. 14:  Al Capone is winking at the photographer as he leaves court carrying law books after the first day of his defense. Three days later he is convicted and imprisoned.
1934, Jan. 30:  “Bad Man (John) Dillinger” is photographed smiling at Crown Point Jail, arm in arm with Attorney Robert Estill and mimicking a pistol with his hand on his shoulder. Soon after, he escaped from prison using a mock gun carved from a potato.


The second exhibition coincides with the book launch of 1937 Japan Attacks China.

In this show we are pleased to present to the public for the first time, the discovery of photographs taken during the first months of the Second Sino-Japanese war, and the identification of the photos to the photographers Rudolph Brandt and Joy Lacks.

1937 Japan Attacks China discusses how history is based on many subjective chronicles, how memory is simply an interpretation of occurrences. Many of the stories of the Second Sino‑Japanese War have either been lost or remain untold. The photographs in this book document the Battle of Shanghai by two photographers, Rudolph Brandt and Joy Lacks. Both fearless in their own right, Brandt and Lacks covered the Battle of Shanghai which left an estimated 250,000 Chinese civilians dead until the end of 1937.

1937 Japan Attacks China, is our most recent volume in a series of books exploring different themes in photojournalism.

We will show a selection of vintage prints and launch this historically important book at the fair. Further included in this year’s exhibition is a group of rare vintage dye transfer and other color process prints from the 1950s of American nuclear tests and oversized prints from NASA space missions. Especially noteworthy is a group of 1950s colour images. The Specific 1950s colour schemes give those pictures their somewhat nostaligic and “vintage” appearance – so desirable in todays digital age.

All mentioned photographs are vintage prints and will be presented to the public for the first time at Paris Photo 2017. 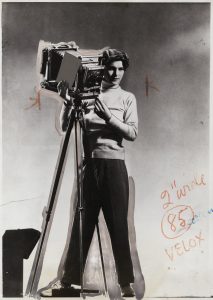 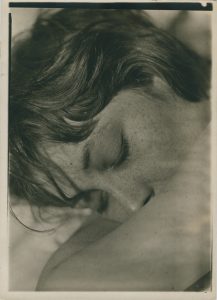 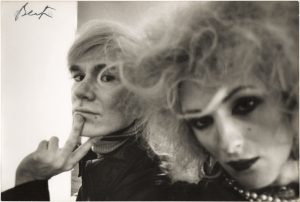 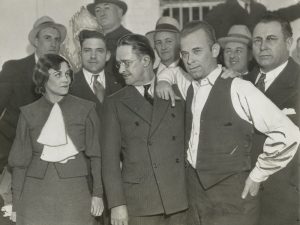