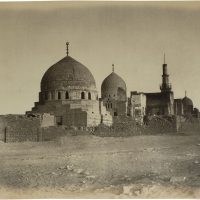 “Travel to Egypt? They all start dancing with sheer joy,” he wrote.
“As if that was something other than going to London.”

Photography from The Travel Bug of the Nineteenth Century

In 1824, Eugène Delacroix was still critical of the newly emerging interest in travel to the Middle East, “Travel to Egypt? They all start dancing with sheer joy,” he wrote. “As if that was something other than going to London.” Only a few years later, in January 1832, Delacroix left France to journey to the African coast himself, in support of Charles Henri Edgar, Count of Mornay’s diplomatic delegation to Sultan Abd al-Rahman. The delegation was mandated by the government of King Louis Philippe to start a dialogue concerning the political events of adjacent Algeria. The vague political situation in the nineteenth century required numerous diplomatic missions, which were often accompanied by artists or photographers. Thanks to these contemporary witnesses – solo travelers as well as documenting escorts – the western world learned about the countries of the Far and Middle East. However, not only the artworld profited from these long-distance travels. Steamboat and railway reduced travel time and offered a new degree of comfort and luxury. Shipping lines like the Peninsular and Oriental Steam Company were established as a regular link between England and Egypt. From 1883 the Orient Express ran on the route from Paris to Constantinople. Travel agencies like Thomas Cook recognized the trend and acted accordingly by offering guided journeys to the Orient.

Gustave le Gray (1820-1884) is considered the most important and influential photographer of the second half of the nineteenth century. His photographs are so rare and highly collectable that many have set record auction prices. Le Gray studied painting with Paul Delaroche. His interest turned to chemistry and photography and by 1855 he had won the high accolade of the “Medaille de Première Classe” at the Universal Exhibition.

Maxime Du Camp (1822-1894) took photography lessons from Gustave le Gray and travelled in 1849 with Gustave Flaubert to Egypt. His journals and subsequent books, such as Le Nil (1855), along with Flaubert’s letters and travel notes, provide one of the most complete accounts of the European experience of Middle Eastern travel and of the daunting enterprise of making photographs during the early years of photography.

Francis Frith (1822-1898) was the most well-known nineteenth-century photographer who travelled to the Middle East. On two of his three excursions to the Middle East he visited Egypt, first in 1856-57 and later in 1859-60 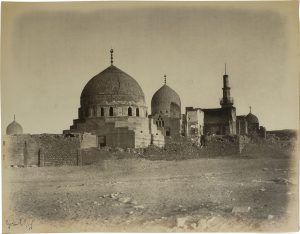 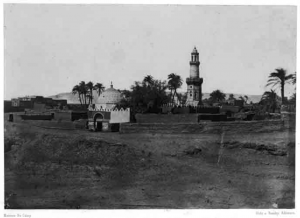 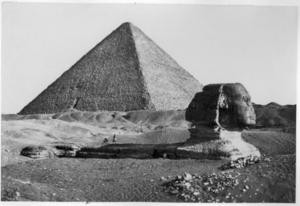