Louis Alphonse Poitevin was born in the small town of Conflans-sur-Anille, halfway between Paris and Nantes, on August 30, 1819. After graduating from school in 1838, he moved to Paris to study chemistry at the École Centrale des Arts et Manufacture. In 1839, the discovery of the daguerreotype was announced at the Académie des sciences, and Poitevin became immediately hooked on photography. He purchased a camera and the necessary utensils for this new art and began making daguerreotypes in his free time.

Poitevin left the École Centrale just as France was entering the era of industrialisation, and from 1844 on he was quickly able to find employment as a chemical engineer. Over the next 30 years, he worked in salt and copper mines and glassware factories all over France and even in Algeria. At these locations, and in bouts between assignments, he dedicated his spare time to the study and invention of new photographic processes, in a constant quest for improving working practices and achieving successful results, an approach he also applied to his professional engineering tasks. He was extremely versatile in his projects, inventing both photomechanical and photochemical processes. The former include early methods of converting daguerreotype images into printing matrixes, the first successful photolithographic process, and explorations into the fundamentals of the later invented collotype. The latter combined both positives and negatives, on paper, glass, and even ceramics.

With his photolithographic technique of 1855, Poitevin won the much sought after Grand prix du Duc de Luynes in 1867, a contest run by the Societé française de photographie designed to stimulate research into developing a photomechanical process for the photographic illustration of publications. He also won a number of prizes for his non-silver photographic techniques, including a gold medal at the International Exposition in Paris in 1878. He held five patents, and his book “Traité des impressions photographiques” was published twice: the first edition in 1862 and a posthumous second edition in 1883. He published over 80 technical articles in professional journals of photography and printing. Poitevin died on March 4, 1882, in the village of his birth, leaving behind his wife Sophie (née Pequegnot), whom he had married in 1865. 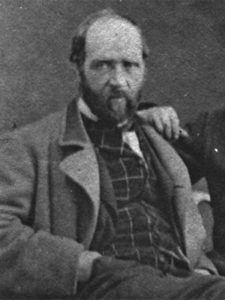