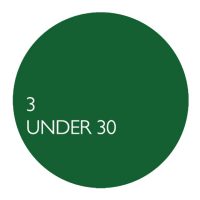 Daniel Blau is pleased to announce the three winners of 3 Under 30, the gallery’s competition for young photographers.

The gallery received numerous submissions from emerging artists around the world. The winning photographers were selected based on the strengths of their portfolio and accompanying statement.

We will present a selection of works by these talented photographers at a group exhibition in Paris during Photo Saint Germain January 2021.

We wish to congratulate these photographers and we look forward to working with them on the Paris project.

He uses analogue and digital techniques in works that explore themes of the self, place, society, time and philosophy. Joseph’s project ‘Palm, 269’ is a series of pictures of a neighbouring palm tree.
His documenting of a particular place over time is made powerful by repetition, bringing to mind An Attempt at Exhausting a Place in Paris by Georges Perec. 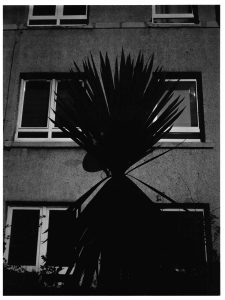 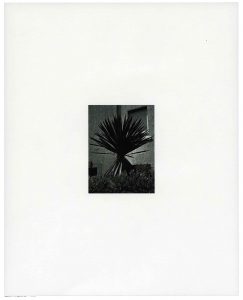 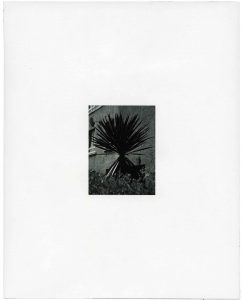 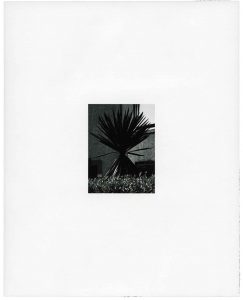 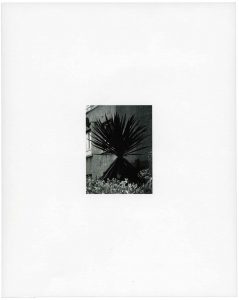 Her work ‘I took this polaroid of an angel once’ consists of hand printed silver gelatin photographs of the human form. She skillfully captures the gestures of shadow and light on skin in compositions that present beautiful fragments of bodies – fanned fingers, clenched toes, a chest, an arm, a back.
Maite graduated with BA (Hons) Photography at UAL and her work has been exhibited in London, York and Madrid. 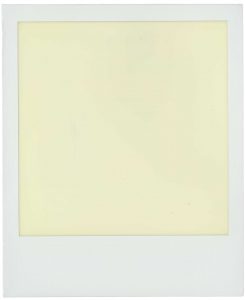 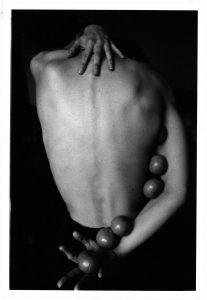 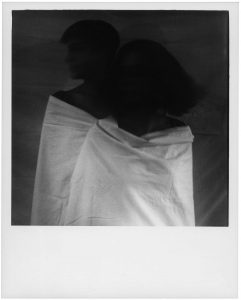 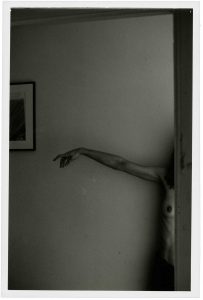 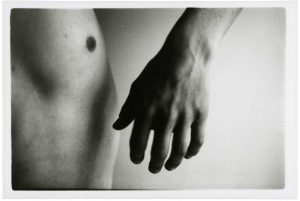 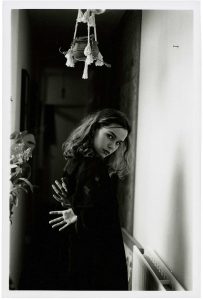 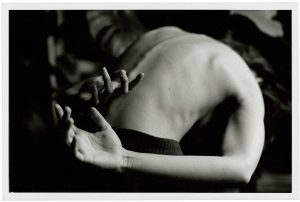 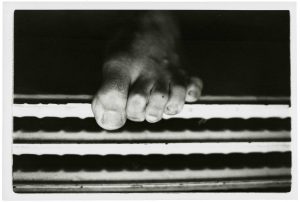 She describes herself as a ‘hunter-gatherer of images’. Her practice combines photography and printmaking and is strongly influenced by Japanese contemporary photographers.
Lucile’s project ‘L’Oeuf du Monde’ comprises nine hand printed photo etchings. These evocative images were gleaned from a coastal forest in Japan, where the fleshy bristling body of a sea urchin – ‘the egg of the world’ – was spotted in a nest of stone. 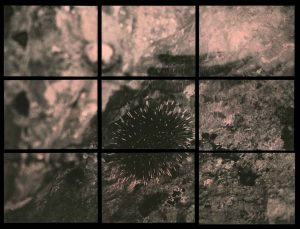 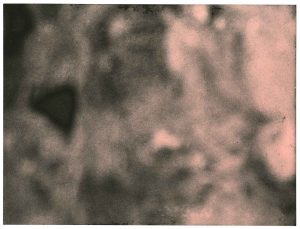 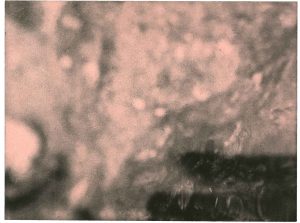 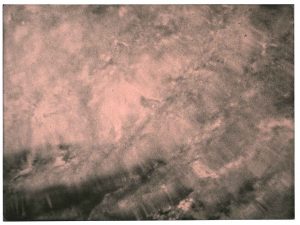 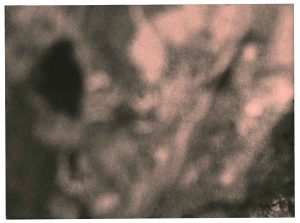 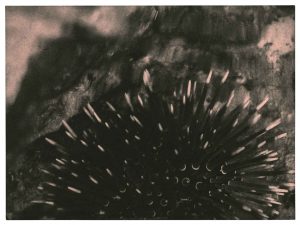 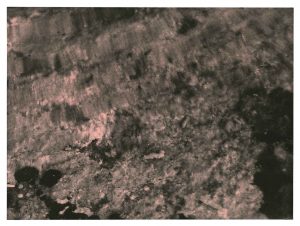 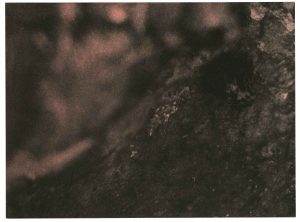 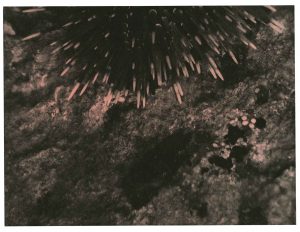 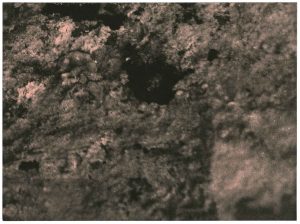