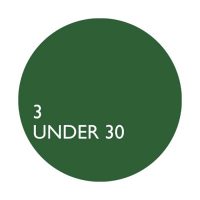 Daniel Blau is pleased to announce the winners of 3 Under 30, the gallery’s competition for young photographers.

The gallery received numerous submissions from emerging artists around the world. The winning photographers were selected based on the strengths of their portfolio and accompanying statement.

We will present a selection of works by these talented photographers at a group exhibition in Paris during Photo Saint Germain November 2021.

We wish to congratulate these photographers and we look forward to working with them on the Paris project.

Jimmy Chin Kiu Lee (*1993) is a University lecturer, doctoral researcher, visual art practitioner and documentary photographer. He was born and raised in Hong Kong and started his photographic practice in a Hong Kong-based newspaper before completing an MFA in the UK and beginning his doctorate. Over the past few years, Lee has been researching the ideology of those from Hong Kong, who live with cultural references from both China and the UK embedded in their society. His project In Search of Nirvana is a series of vivid photographs made in western China, including pictures evoking ‘continuous roads that run through the barren land, plastic flowers in freezing winter, the concept of patriotism, the nuclear-weapon project…’ and representing the artist’s attempt to explore his uncertain connection with Chinese culture.


Sarah Louise Lordan (*1997) is a visual artist based in Ireland. A recent graduate from IADT in Dun Laoghaire, Lordan works predominantly with photography, creating thought-provoking and conceptual artworks. Her project Come As You Are consists of black and white portraits. These are close-ups of a single subject, her face filling two thirds of the frame and portraying a range of facial expressions, suggesting a range of emotional states, from rage to defiance to vulnerability, concern and surrender. Lit from above, the contrast and detail of the images are striking. For Lordan, art-making is a method of processing conflict within herself and the world around her. The artist states that her work ‘captures a cycle of thoughts and emotions that women go through when experiencing some sort of mental trigger.’


Manon Martsch (*1999) is a German artist currently based in France. She works with painting and photography and her project Blau Und Starr is formed of a series of cyanotype prints. Her photographic work displays a painterly sensitivity to line, texture and composition and is concerned with questions of rigidity and movement in the image. She says: ‘a form only becomes dynamic in relation to the environment’. Her cyanotypes vary in content, from the architectural – the angular lines of walls and windows, the curve of a building against a cloudy sky, the glow of sunlight on the facade of a residential block – to more abstract works featuring fragmented human forms and silhouettes.