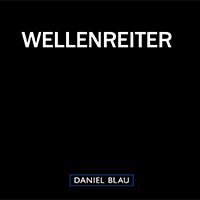 Rapid technological advances in the 1920s paved the way for electronic transmission of images by cable and radio.

In 1946 an adapted German V2 rocket equipped with scientific instruments and an automatic 35mm motion picture camera (instead of the usual explosives) took off from White Sands, New Mexico, taking photographs of Earth at a record‑breaking altitude of 65 miles above the ground. These were the first images of our planet to be taken from space. This venture was a significant step towards bringing humans into space and back again.

In April 1961 Yuri Gagarin became the first person to orbit the Earth. Later that year, automatic cameras travelling on-board the Mercury‑Atlas 5 along with chimpanzee Enos captured the Earth in color.

In March 1965, Soviet cosmonaut Alexei Leonov conducted the first spacewalk in history, filmed by a camera he attached to the outside of the ship. Back on Earth, black and white film stills were printed and broadcast around the globe. These technically raw pictures continue to have a visual impact. They are comparable to Capa’s D-Day photos printed from injured negatives in that the materiality of these historic pictures link them indelibly to the time and place of their making. In comparison, the technically brilliant color pictures of Ed White’s spacewalk the same year are almost too picturesque to be truly exciting. All of the above photographs were printed from negative film brought back to Earth.

On October 7, 1955 the Russian probe Luna 3 had already radioed back to Earth the first ever glimpse of the Moon’s far side in the form of mysterious black and white grainy images. Luna 9 (1966) transmitted not only the first ever photo taken on the surface of the Moon but also the first panoramic picture and, incidentally, the first self-portrait in space.
Some of these photographs are impossible to decipher without additional information. The few photos Luna 3 managed to take of the Moon‘s far side and send back to Earth are of very high contrast and low quality. They look more like 1950’s Abstract Expressionist paintings than photos of the Moon. These graphic images were our first glimpse of the other side of our friend in space, whom until this moment we had only seen from one perspective.

Mission Ranger gave us photographic evidence of the first artificial intelligence suicide in space, when one after the other the spacecrafts crashed on the moon, while radioing back picture after picture until impact. Maybe NASA scientists had the famous Méliès image of a rocket sticking in the Moon’s squinting eye in mind when they conceived the Ranger missions.

On July 14, 1965, four years before man set foot on the moon, Mariner IV radioed the first close-up images of Mars back to Earth. The area shown is fittingly named Elysium.

In August 1966 Lunar Orbiter I started to systematically photograph the Moon‘s surface. All four Lunar Orbiter missions were to cover almost the entire surface in incredible detail. The onboard camera system functioned almost like a passport photo machine. The exposed negative film was developed in a heated chamber, scanned and radioed back to earth.

Some of the most magical and esoteric photographic pictures have been created as by-products of 20th Century scientific space missions. Many of these pictures are the visual manifestation of historic events. Airbrush, crop marks or writing on front and back sometimes add to the Zeitgeist of these objects. Early on, these particular pictures had already been recognised as significant fragments of our post-WWII history.

This booklet is published on the occasion of the 50th anniversary of man’s first step on another heavenly body.

Link to preview of this publication 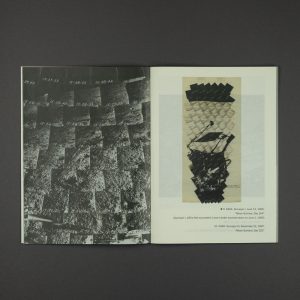 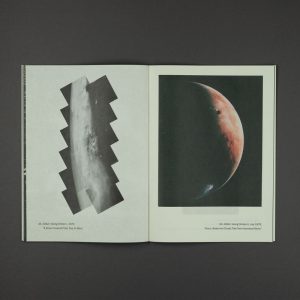 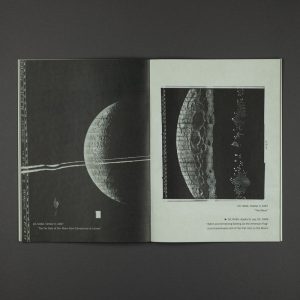