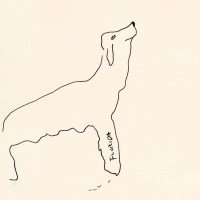 In the history of art, the simple line drawn has always held a position of fundamental importance.

The Fine Line
In the history of art, the simple line drawn has always held a position of fundamental importance. The earliest ‘artworks’ still available to us today are prehistoric engravings in caves, which, using only the simplest means – in only a few lines – clearly show man and animal, weapon and tool, distinguishable even today by their distinctive and characteristic contours. A high-water mark in the importance of line-based drawing – il disegno – can be found in the theoretical debates that raged through the world of Italian art in the years after the Florentine Academy was founded, debates whose central theme was the matter of whether il disegno played a more essential role in artistic creation than the shading and tonality embodied by the concept of Venetian colorito. The Paragone, the debate of the academies between contour and color, carried on through the centuries until it reached another zenith with the Poussinists and Rubenists. (1)

According to art historians and critics of the 20th century, ‘the stroke’ – or ‘the line’ – incorporates the entirety of an artist’s personal drawing style, both its conscious and unconscious characteristics. (2) The line sketches the contours of a shape only in certain regards – “the essentials are marked out, and everything else falls away.” (3) This conception of the line harks back to Leonardo da Vinci, himself of the convinced opinion that no true ‘Line’ in artistic terms exists in nature (4), and that what we conceive of as such is instead the abstraction of those shapes that are at hand and visible around us. “Lines confine and connect, characterize and accentuate.” (5) The line is a symbol, an attempt to make reality visible and comprehensible, but not an immediate, unadulterated imitation itself.

Delacroix, for example, in a letter dated the 15th of July, 1849, presents his own perspective on the matter. He positions himself in opposition to the idea that line and beauty have some sort of fundamental linkage, an idea that had enjoyed widespread currency among artists since the 18th century. “That often-discussed Beauty, which one fellow might see in a serpentine line, and another in a straight one – they’re both insisting on seeing nothing but lines. I stand at my window and behold a miraculous landscape, but the thought of a line never once crosses my mind. A lark sings, the river sparkles as though it’s made of a thousand diamonds, the leaves whisper; where are the lines, that can reflect such delightful impressions?” (6)

The art historian and author Julius Meier-Graefe (1867-1935) accused his art-creating contemporaries of “babbling on about the line the same way Xenephon’s Greeks once did about the sea,” (7) although he himself had played a large part in popularizing the line-focused aesthetic. (8) Around 1900, enthusiasm for the line increased again, and in all expressions of aesthetic production, in literature and architecture just as much as in the visual arts. It was now understood primarily as a moving element, and artists experimented with it accordingly. Kandinsky’s 1926 Bauhaus textbook “Point and Line to Plane” created a theoretical approach to the expression of different types of line, from a phenomenological perspective. He differentiates between degree of curvature, line variation, and their alignment on the plane. (9)

Moreover, it is impossible for a line to exist as nothing more than the outline of a shape alone. The variations between thick and thin, subtle and bold, intersecting and parallel, segmented and sweeping, confidently and haltingly drawn, all serve to impart to audience a feeling, a sensation, that goes far beyond the realm of the purely visible. The artist has other tools and techniques at his or her disposal, such as hatching, that can serve to make those sensations, and the visual cues invoking those sensations, even stronger; the result may very well be more along the lines of a sketched abstraction, or a symbol only indicating or standing in for a natural form, rather than something recognizable as a direct and intentional representation of objective reality. By overcrowding and overlapping lines over line, hatching, for instance, is able to convey a sense of plasticity and drama to the viewer, even though, strictly speaking, it remains only a distant reproduction of the shading that occurs in reality. (10) 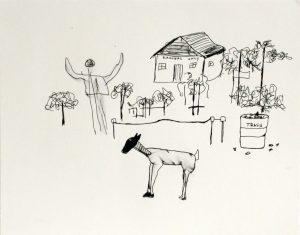 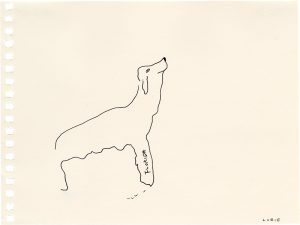 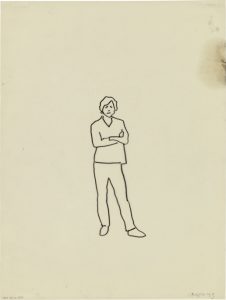 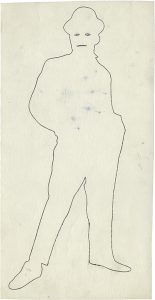 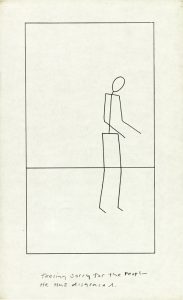 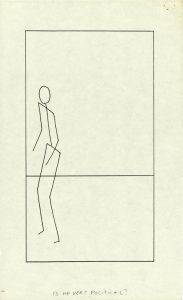 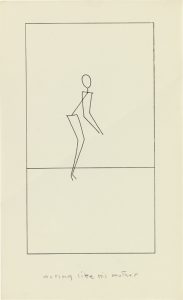 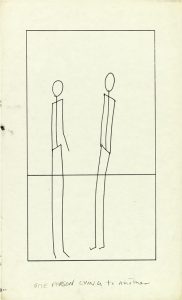 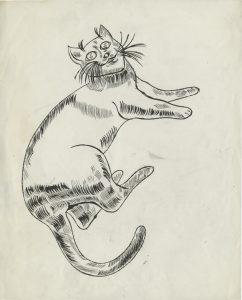 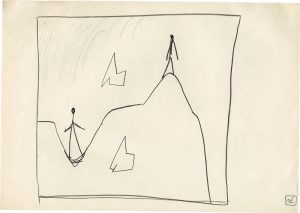 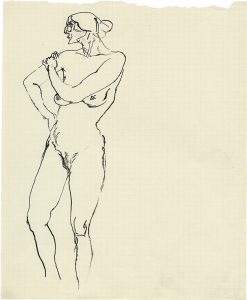 All artworks are available for purchase. Prices upon request. For further information please send an email to: contact@danielblau.com
All offers are noncommital. We cannot guarantee the items are still available on request.

Johnny Cash, ' I walk the line', 1958 Petroglyphs within the Archaeological Landscape of Tamgaly Neanderthal artists made oldest-known cave paintings 45,000-Year-Old Pig Painting in Indonesia May Be Oldest Known Animal Art The Paper Side of Art Flatland - A romance of many dimensions Punkt, Punkt, Komma, Strich-- (Zeichenstunden für Kinder)