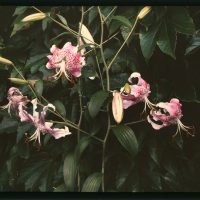 The Lumière Autochrome, invented and marketed by brothers Auguste and Louis Lumière,
was the world’s first practical color photography process.

The Art of the Autochrome

Even from the moment of photography’s invention, the absence of color was recognized as one of its greatest shortcomings. The development of color photography became one of photomechanical research’s primary goals over the course of the 19th century. The photosensitive material in use at the time did in fact register the wavelengths of different colors in our visible spectrum when recording an image – there simply wasn’t a way to directly reproduce that color. Once it was understood that a simple re-creation of color wouldn’t be possible, the technical pioneers and inventors of the time searched for another method, for a way to deconstruct the colors of reality and reassemble them again by scientific means.

The Lumière Autochrome, invented and marketed by brothers Auguste and Louis Lumière, was the world’s first practical color photography process. The trichrome (publicised a few years earlier) was the first commercially available color process. It was complicated to use, as three separate pictures had to be taken of the same object through different color filters. Thus the autochrome became the first practical color process. After ten years of intensive research and development, the Lumière company introduced the first autochrome plates in 1907. The color pictures that resulted were on glass plates, and viewed as transparencies. They consisted of a color screen superimposed upon a black-and-white positive, which modulated the light passing through the color screen. While more modern color techniques – even those which also resulted in transparencies as the final product – exclusively used subtractive color processes, the Autochrome stands apart for employing additive color.

We can narrow the use of Autochrome photography down to a relatively precise period of fifty years: from the commercialization of the process by the Lumière Brothers (1907) until the final end of the technology’s production (1956/57). Its importance, however, had already experienced a significant decline by the end of the 1920s. A turning point came in 1931, when Lumière replaced glass plates with celluloid sheet film (Filmcolor) as its commercially available capture medium. After 1936, Autochrome had to contend with competition in the form of subtractive color process, from Kodak (Kodachrome) and Agfa (Agfacolor), which began gradually replacing Autochrome plates on the market.

A glass plate would first be coated with tiny, transparent grains of potato starch that had been dyed in the additive primary colors – red, green, and blue. These dyed grains were mixed and spread in even proportions over the plate, which as a result appeared gray when white light was shined through. The spaces between the grains were filled by a carbon black dye. A final coat, of a black-and-white photographic emulsion, came on top of that. When the photographer placed the plate in the camera, this final coat of emulsion was furthest away from the lens; when the lens was opened, light had to pass through the glass plate and through the colored grains before reaching the emulsion, although it was this emulsion that we actually talk about as being ‘exposed.’

Instead of being processed as a normal black-and-white negative, the plate would be subjected to a procedure known as reversal processing: the negative is developed, the developed silver is bleached out before an image is permanently fixed, and finally any remaining silver salts are developed in turn, producing a positive image. Once the plate had been processed and dried, it could be viewed as a transparency, appearing as a photograph in full color.
The Autochrome worked because the positive image – even though monochromatic – acted to modulate the amount of light that went through each grain of dyed starch. In a red area of the picture, for example, a lot of light would have passed through the red grains onto the coating of black-and-white emulsion when the picture was taken. The positive was lightly shaded in that area, so a lot of light would also pass through the red grains when the final transparency was viewed. The green grains in that same area would have blocked the red light when the exposure was made; less light, therefore, would have reached the plate at that place, making that part of the positive darker as well, so that the green grains, when viewed later, were “turned off” by the heavy deposit of silver behind them. In controlling the intensity of the three additive primaries, the Autochrome worked exactly the same way as the modern television or computer screen.

The brightness range of the Autochrome was limited for two reasons: the black matrix in which the grains were dispersed reduced the overall transmission of light, and saturated colors could only be achieved by diminishing the brightness of other colors. To make a strong blue, the red and green grains would have to be darkened, so saturated areas appeared as less bright, giving the Autochrome a tonal scale unlike that of any other process.
Part of what makes these early color photographs so fascinating for today’s audience is the unique perspective they offer, a glimpse into a period of humanity’s history we’re accustomed to seeing only in black and white – and that, in turn, we’ve grown used to imagining only in black and white as well. Just as the men and women of the early 20th century would have been amazed to see the world around them in such vivid mechanical reproduction for the first time, we in the 21st century find cause for astonishment too, not now in the colors of the present but the colors of the past. 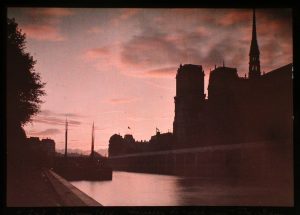 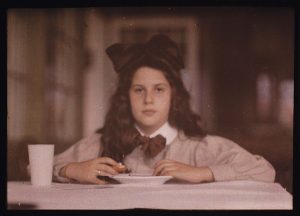 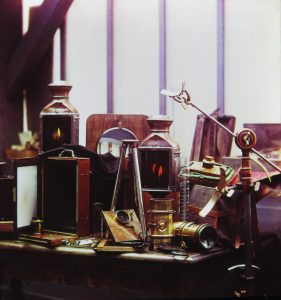 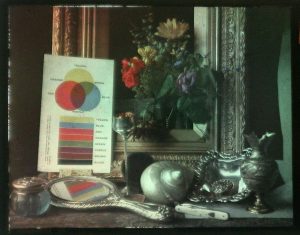 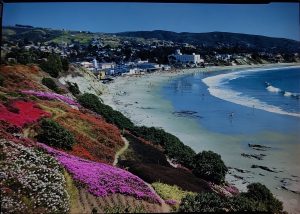 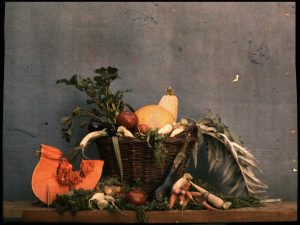 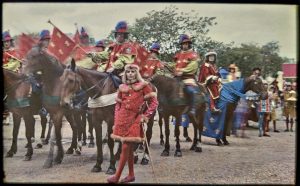 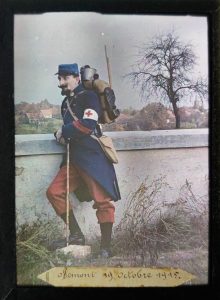 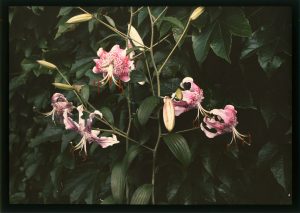 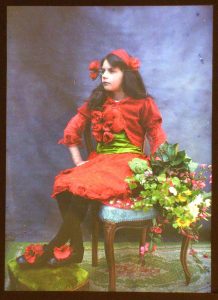