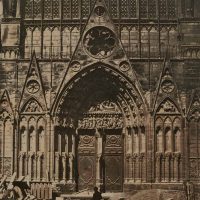 We shall not cease from exploration

And the end of all our exploring

Will be to arrive where we started

And know the place for the first time.

TEFAF is the occasion at which we introduce our most exquisite artworks, which in many instances are collected over years, enabling us to contextualise and often premiere these as groups at the fair. In introducing unique or previously unrecognised photographic objects to the public, our experience and research-expertise distinguish us as a gallery.

Daniel Blau is pleased to present an extraordinary selection of 19th and 20th century photographic masterpieces. This year’s program ranges from the magical era of the medium’s origins in 1839 to the rise of photojournalism a hundred years later.

We are delighted to present one of the earliest pictures ever made by the photographic pioneer Hippolyte Bayard (*1801 – † 1887) who began investigating light’s chemical reactions as early as 1830. In 1839 he publicly announced his direct paper positive invention which created the magical, unique picture of Héra Barberini that allows us today to see the very same radiant light he captured in 1839. Bayard’s brilliance can be further admired in a group of seven prints, each displaying a different tonality and contrast, which are the beautiful survivors and some of the earliest examples of monochrome “colour” photography. Bayard’s masterpieces are exceedingly rare on the art market as most of his work was left to the Société Française de Photographie, which he co-founded in 1854. It is thanks to the illustrious Duc de Luynes, whose patronage and passion for photography, which saw his family’s fortune dwindle as his collection expanded, allows us to still admire these spectacular examples of early photography today.

Our 20th century selection premiers a group of vintage Weegee prints, which were recently discovered in the American “Newspaper Enterprise Association” (N.E.A.) archive. For most of his early career Weegee relentlessly captured New York’s untold stories. From the grandiose halls of the Metropolitan Opera House to the unsophisticated sanctuary of Sammy’s Bar, the congregation of inquisitive spectators to the abrupt silence of a gangland murder,  Weegee found the sensational, the scandalous, the melodramatic and the newsworthy – and he certainly covered it all! We offer these vintage prints for affordable prices beginning at 5,000 Euros.

Furthermore it is our pleasure to present a group of vintage colour prints of atomic bomb testings from the 1950s, which are not only impressive in their quality but also extremely rare. Most of the photography published in the 1950s was still in black-and-white as there was only very limited use for colour. Large pictures of American nuclear tests in colour (Daniel Blau’s long-standing specialty) are among the great rarities of 20th century documentary photography. Today, we treasure these objects as works of art in their own right.

A special exhibition at TEFAF, stand 443

Please click here to download our Flyer for the world premiere of these recently discovered Weegee prints. 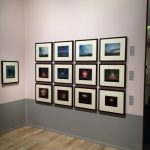 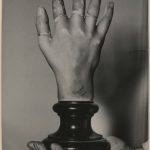 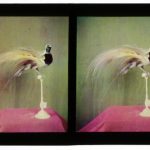 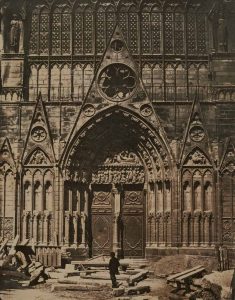