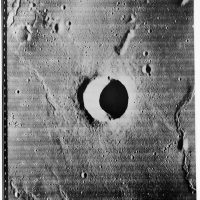 The photographs taken by a machine are the remnants of one the first successful attempts
at exploring our nearest celestial neighbour.


So far yet so close: NASA Lunar Orbiter Photographs

Mapping the surface of a planet does not sound impossible nowadays. But what if we were to go back in history by about half a century? The Lunar Orbiter missions, launched by NASA in 1966 through 1967, provided humanity with an invaluable trove of knowledge about the Moon’s landscape. Different parts of the satellite’s surface were laboriously documented by five spacecrafts during this period. These were the first images from the lunar orbit that included photographs of both the Moon and the Earth.

The photographs taken by a machine for an astronomical research mission are the remnants of one of humankind’s first successful attempts at exploring our nearest celestial neighbour. These monochromatic images display our rocky satellite’s surface from different angles and altitudes and with variations in lighting. Some show the Moon in its near-entirety, clearly revealing the “border” between day and night. Stark contrast of shadows and light on the contoured wasteland reveal gaping black holes: the craters that the missions were surveying. The images convey the silent immensity of outer space. In some, we see the Earth from a lunar perspective: proof of how isolated our Blue Marble really is. We are presented here with an altogether unique aesthetic, made possible by the perfect geometries of our celestial bodies, the play of light and shadow and the historically monumental nature of the Orbiter missions. 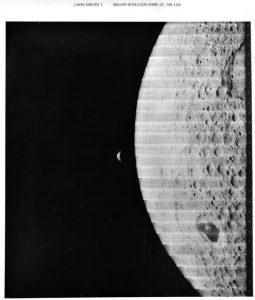 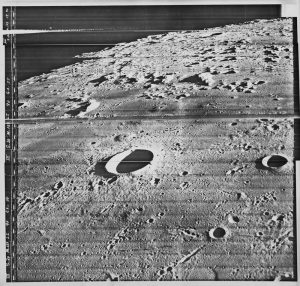 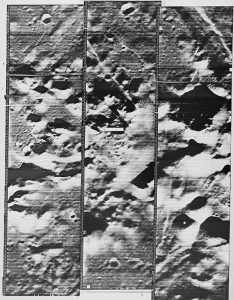 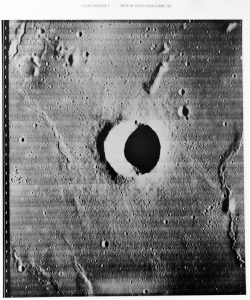 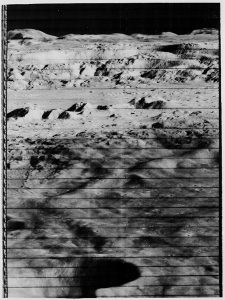 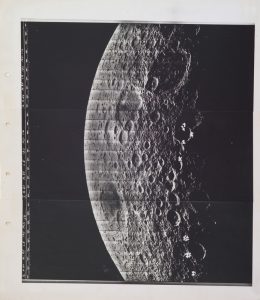 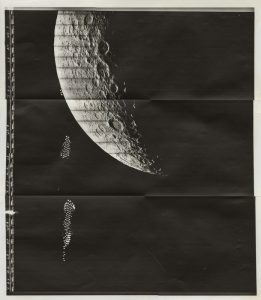 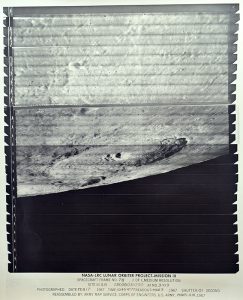 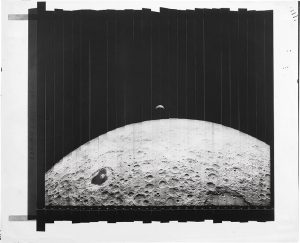 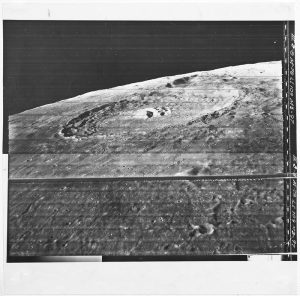 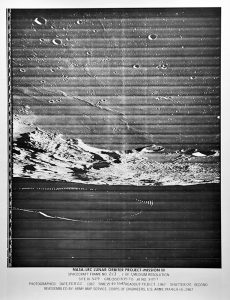