Walked whistling round and round the Maze,

His temperment for getting on.

The hundreth time he sighted, though,

A bush he left an hour ago,

He halted where four alleys crossed,

And recognized that he was lost.

“Where am I? Metaphysics says

No question can be asked unless

It has an answer, so I can

Assume this maze has got a plan.

If theologians are correct,

A Plan implies an Architect:

A God-built maze would be, I’m sure,

The Universe in miniature.

Are data from the world of Sense,

In that case, valid evidence?

What in the universe I know

Can give directions how to go?

All Mathematics would suggest

A steady straight line as the best,

But left and right alternately

Is consonant with History.

Aesthetics, though, believes all Art

Intends to gratify the heart:

Must I, then, go which way I please?

Such reasoning is only true

If we accept the classic view,

Which we have no right to assert,

According to the Introvert.

Is – Man creates his own condition:

This maze was not divinely built,

But is secreted by my guilt.

The centre that I cannot find

Is known to my unconscious Mind;

I have no reason to despair

Because I am already there.

My problem is how  not to will;

They move most quickly who stand still;

I’m only lost until I see

I’m lost because I want to be.

If this should fail, perhaps I should,

As certain educators would,

In theory there is no solution.

All statements about what I feel,

My knowledge ends where it began;

A hedge is taller than a man.”

To know which turning to take next,

Looked up and wished he were a bird

To whom such doubts must seem absurd.

Daniel Blau is pleased to present Anthropos at Photo London, an exhibition revealing the human body through physical or political gesture. Movement and gesture have captured artists’ imagination from time immemorial. The artworks presented here all share the exceptional ability to capture various forms of gesture from posed, formal portraits to iconic, candid moments. Indeed, this year’s selection includes a photogram, where the human body had direct contact to light-sensitive material, impressing its outline on the work. The photogram (nudogram) presented here is a unique large-scale work by Floris Neusüss from 1964. This photographic imprint echoes the earliest experiments made by notable pioneers such as Anna Atkins in their cameraless processes, where the work has an inimitable quality and directness.

Photography’s ability to preserve and document was recognised at the point of its invention. Movement posed problems for photographers due to the long exposure times required, thus sculpture and architecture provided photographers suitable subjects. Our 19th century selection includes a spectacular albumen print taken by James Anderson in 1855 of Laocoön and his sons being seized by snakes. Set against a black background, the sculpture obtains a strong theatrical presence. Further 19th century works include Édouard Baldus’ exceptional photographs of statues in the Louvre as well as the Fratelli Alinari’s work and a selection of works by Giorgio Sommer of the human casts from Pompeii. Sommer’s photographs preserve and catalogue the remains of Mount Vesuvius’ eruption from 79 AD, which destroyed and buried the ancient town along with its inhabitants. These early works demonstrate the distinctive engagement with the aesthetic gestures in art and underline the long-standing interplay between the media of photography and sculpture.

Moving into the 20th century, we explore artists whose work oftentimes reintroduces historical methods (direct impressions of objects made onto light-sensitised material) to a contemporary practice: The London-born Adam Fuss’ photogram of a floating baby reflects the aforementioned early photographic explorations of sculpture. As Fuss traces the baby’s outline and the water’s rippling movement he produces a unique and evocative work outlining the human form.

Political gestures are best described through examples such as an early work by Anselm Kiefer from his Occupations series, which is shown alongside various press photographers, unique vintage prints by Weegee, and finally, a selection of vintage NASA prints showing astronauts floating in space. Where Kiefer’s work questions art’s existence and function since fascism, Weegee’s unstoppable urge to capture life’s (and death’s) dramas shows photography’s outstanding ability to fix instances otherwise perhaps invisible to the eye. Combining both sculptural and political qualities, the vintage NASA prints of spacewalks (from the Gemini missions), show dreamlike moments of human weightlessness.

This selection of artists shows the numerous points of intersection between the ‘political body’ and the ‘artistic gesture’.

Preview Day: 18th of May 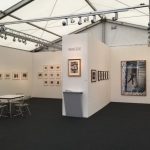 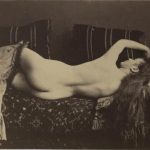 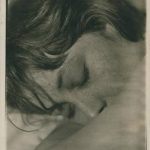 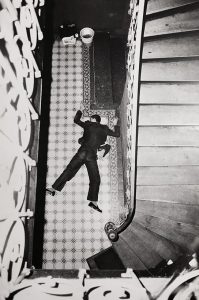