For the inaugural Paris Photo LA we are proud to present “History in the Taking”, an exhibition of iconic Pulitzer Prize winning and News Pictures photographs. This show, the first commercial Pulitzer exhibition of this calibre, has been assembled with much time and effort from collections, archives and dealers. The majority of prints in the show are vintage – many even wire-transmitted before they became prize-winners. Some of the prints have additional historical significance due to the ink stamps and news clippings on the back or editorial marks on the front.

The exhibition will also include the discovery of the photographic image Andy Warhol used as inspiration for an important 1950s drawing. We will show here for the first time the original drawing alongside the Pulitzer Prize winning photograph “Teen-Age Shooter” by Frank Cushing. 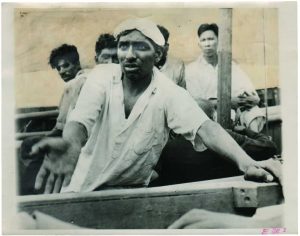