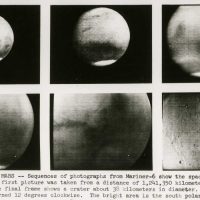 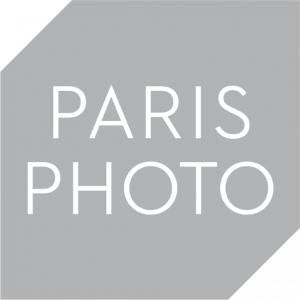 Louis Alphonse Poitevin
Dating back to the middle of the nineteenth century, our earliest items were created by photographic pioneer Louis Alphonse Poitevin, a man whose life’s work enriched both the artistic and the technological development of the young art form. Through years of chemical experimentation he devised a procedure allowing him to print and distribute his images in mass‑market books. Having grasped the potential of photographic images as a form of mass media at a very early stage in the history of photography, Poitevin finds himself spoken of today alongside his colleagues Daguerre and Niépce, one of the “troisième homme de la photographie”.

The outstanding examples of his work that Daniel Blau is presenting at Paris Photo are noteworthy for their technical mastery within their historical context, their remarkable attention to detail, and their pure artistic value.
A catalogue of Alphonse Poitevin’s works is being published to accompany this exhibition.


NASA
The second exhibition we will show at Paris Photo is a collection of original vintage NASA prints. Works include remarkable photographs from a range of twentieth century space missions, notably the Apollo XI moon landing in 1969 as well as the earlier Apollo VIII mission, which successfully orbited the moon before returning to Earth. The ‘Earthrise’ photographs of our planet taken from space are among the most beautiful and affecting of those from the space programmes Striking color photographs from Voyager missions to the outer reaches of our solar system feature the vivid details of Saturn’s rings and Jupiter’s red spot. We will also show the first color photo taken on Mars, produced by NASA’s Viking Lander. Accompanying the NASA pictures are photos from the Soviet Zond programme – a series of robotic spacecraft launched between 1964 and 1970. Originally created for purposes of documentation and scientific enquiry, these pictures are now valued for their artistic merits as well as their historical significance.

X-Ray Japan 1945
The third exhibition we will be presenting at Paris Photo 2021 is a collection of rare photographs focusing on the atomic bombings of Hiroshima and Nagasaki in August 1945. These images speak to one of the most devastating military decisions in history, from both a Japanese and an American perspective. Yosuke Yamahata’s photographs of August 9, 1945
offer us a unique fi rsthand insight into a city’s total destruction, and the fate of the men and women who lived through it. This exhibition is also being accompanied by a publication.

A true highlight of our offerings this year is twin set of contemporary photographs from Blau Gallery’s own Sofia Valiente, the winner of Daniel Blau’s young photographers 5 Under 30 competition in 2015. Her projects “Miracle Village” and “Foreverglades” are accompanied by photo books available at our booth. For “Miracle Village,” the artist lived among registered sex offenders in a rural Florida community. Her report from that time includes photographs
and handwritten testimonies from the residents. “Foreverglades” brings stories from the Florida Everglades and the state’s pioneer past to new light. Sofia’s work has been featured in publications including Time, The Guardian, El Mundo, Vice and American Photo Magazine, and has been exhibited in London, New York and Paris. In 2015, she received the World Press Photo award for “Miracle Village” (1st prize, portraits, stories), the South Florida Cultural Consortium Artist Fellowship, and Burn Magazine’s Young Talent Award. “Miracle Village” and “Foreverglades” are also accompanied by a booklet. 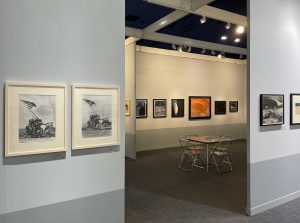 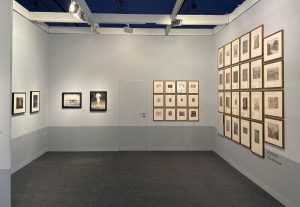 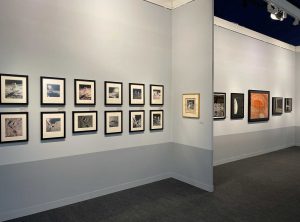 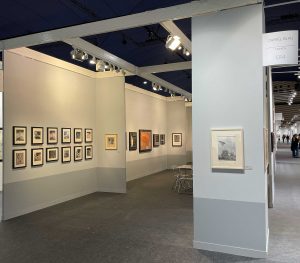 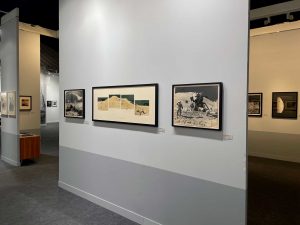 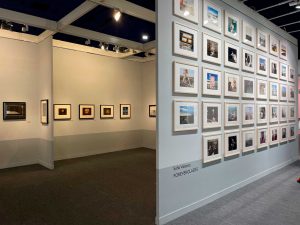 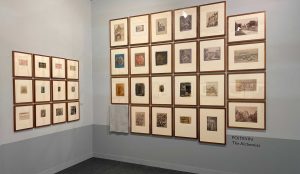 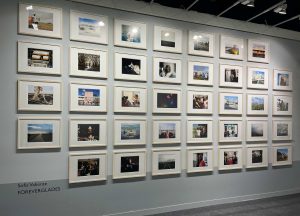