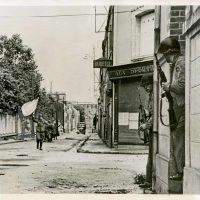 Daniel Blau is pleased to present two exceptional collections on the occasion of Paris Photo 2013:

Robert Capa, renowned war photographer and co-founder of Magnum Photos, died a violent death while covering the first Indochina War in 1954. Had he lived, he would have turned 100 on October 22, 2013. As a centennial celebration of Capa’s life and work we present a collection of rare vintage pictures documenting WWII in Europe from 1943-45, primarily in Sicily and France.

An exhibition of photographs of German adolescents during Hitler’s regime. This collection of images depicts a misled generation – children raised as soldiers, eager to become heroes but ultimately used as cannon fodder. This group of dramatic photographs has been carefully assembled over five years and is available as a set. 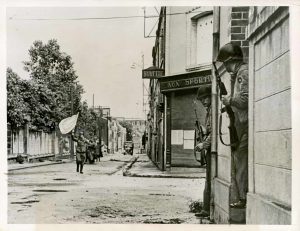