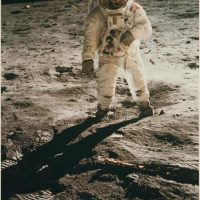 Many of us remember the moment of the Apollo XI landing and the first man stepping onto the Moon’s elusive, dusty ground. It was a glorious moment which, momentarily, seemed to eclipse all our fears and problems. It truly felt like a moment of universal enthusiasm.

Though primarily scientific, NASA’s space program produced some of the most visually enchanting,mystical and intriguing pictures of the 20th century. As the most expensive photographs ever taken, due to the staggering financial costs demanded by the United States space program, these prints stand as visual evidence for some of mankind’s greatest achievements. These pictures are rare, and often unique witnesses to these extraordinary moments capturing the various layers of political, documentary and artistic values in their glorious nostalgia.

I know Grosz as the sharpest pen – more often than not nailing the Weimarer German to paper and dissecting the entrails of his soul.
Early in his career, he cut his pens and quills on nudes – edging along their outlines and scratching at their private parts.When I first discovered (probably well-known to the rest of the world) his 1920s drawings of nudes, couples, threesomes and groups, it was truly exciting.

The forcefully pornographic subject matter adds an additional dimension to these brazen drawings. Lines I find in de Kooning, J. Jones or Rauschenberg, but only decades later, are here already, defiling the paper.

Grosz, so gross and yet so magnificent! 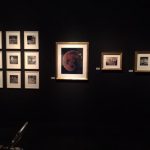 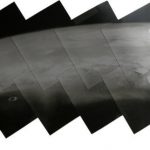 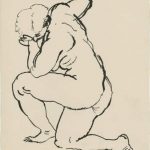 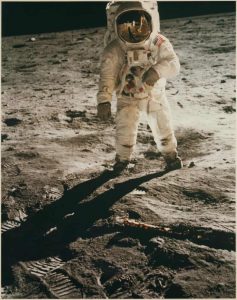