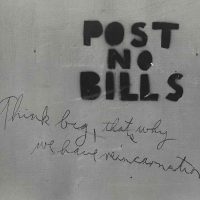 A “found object” is understood to be an object, part of the everyday or natural surroundings,
which is made into a work of art.

Message in a Bottle

The inhabitants of the Westman Islands, off the south coast of Iceland, would use the ‘Flaschenpost’ when they wanted to send letters to friends on the south coast of Iceland itself. Along with the correctly addressed letter, they would put a little tobacco in the bottle, as a kind of tip for whoever found the bottle and forwarded its written contents to their final destination. The bottles would be thrown into the sea when the south wind was blowing, when they would be carried with certainty over to Iceland.

According to legend, Christopher Columbus sent a ‘message in a bottle’ way back in 1493, during his journey to the west; in the midst of a raging storm, he committed a cedar barrel full of messages for Ferdinand II and his wife Isabella I to the waves. Presumably, that bit of mail never reached its intended recipients.


The Belgian artist Marcel Broodthaers (1924-1976), who held Edgar Allan Poe in the highest esteem, created this illustrating object-installation in 1974. “Le Manuscrit trouvé dans une Bouteille” is composed of a Bordeaux wine bottle, upon which the words “The Manuscript 1833” have been printed. Broodthaers is referring here to Poe’s 1833 short story “MS. Found in a Bottle,” which won Poe first prize in a writing competition for the Baltimore Saturday Visiter. In it, Poe describes an ocean journey that set off from Batavia, on the island of Java, towards the Sunda Archipelago. The freight-laden ship gets caught in a storm that destroys its masts and rigging, and drifts now, a wreck with only two survivors, into the southern polar night. There, they collide with an enormous ship, which strikes them with such force that the narrator is tossed over and onto it. He hides himself from the crew, in the belly of the ship, but eventually realizes the sailors don’t see him, and that he can move among them unnoticed. He finds some writing materials for himself, in order to compose the manuscript that he plans to send forth as a message in a bottle. His writing comes to a close as the ship hurtles towards an abyss and shoots down into it: “The circles rapidly grow small – we are plunging madly within the grasp of the whirlpool – and amid a-roaring, and bellowing, and thundering of ocean and of tempest, the ship – is quivering, oh God! and – going down.”

Objet trouvé
A “found object” is understood to be an object, part of the everyday or natural surroundings, which is made into a work of art. Often the item in question will be disassembled or painted, and ‘alienated’ from itself or made unfamiliar to the viewer. The found object has its origins in the artistic circles of Dadaism, as a three-dimensional extension of the collage, to create new interrelations of meaning. Displaced from its original function and context – but still recognizable – it creates a connection between artwork in a museum setting and non-artistic reality.

Andy Warhol (1928-1987) dedicated himself to Coca-Cola bottles for many years in a row during the 1960s. The inspiration spawned a series of graphite drawings and large-format paintings, including one of his trademark serial creations featuring over 100 cola bottles. This is a bottle recognizable worldwide, thanks to its patented form (and content!). Robert Rauschenberg had incorporated three Coca-Cola bottles into his Combine-objects as early as 1958. In this same tradition, Andy Warhol created an object installation, which takes up an everyday found object and places it into the centre of the work of art, furnishing it with colour and creating thereby a singular whole which is simultaneously painting and installation: a still life, both the subject of the installation and the object itself.

Still Lifes
Pliny reports that in the competition between the artists Zeuxis and Parrhasios, Zeuxis painted an ensemble of grapes so deceptively real that the birds flew down to peck at it. Assured of his victory, he went to draw back the curtain hiding Parrhasios‘ painting. To Zeuxis‘ embarassement, though, the painting was the curtain itself! 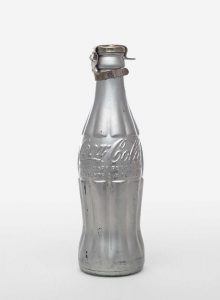