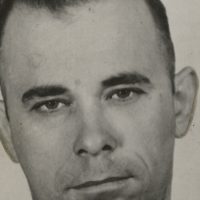 The portrayal of the human figure is one of the oldest themes and subjects in the entire history of artistic expression.

Me, Myself and I

The portrayal of the human figure is one of the oldest themes and subjects in the entire history of artistic expression. As it became a more distinct genre, the portrait as such took over many of the roles and functions of those early human images, such as a certain immortalization of the subject after death, representative duties and deputized purposes in lieu of the subject himself. Portraiture experienced its heyday from the late Middle Ages through to the 17th century. This was in stark contrast to the era of early Christianity, which, on account of the young religion’s adamant rejection of potentially idolatrous representative art, knew very little in the way of individual likenesses and portraits.

The history of the portrait begins at the moment when the ambition of artist turns towards making resemblance the main subject of their artwork. Resemblance had been understood since the late 15th century to be not only a matter of external appearance, but also one of inner essence and being. While portraits of the late Middle Ages were overwhelmingly formulaic, a new development in painting began to take hold after 1300, according to which the identifiable features and physical characteristics of one particular human subject were mixed with images and allusions from the overall canon of sacred, mythological, and historical subjects and themes. The lords and patrons were the first faces recognizable in the painting, but their presence still had to be legitimized by the portrayal of an accompanying saint.

It was only much later, with the beginning of the Renaissance and the era’s new understanding of Man as an autonomous individual, that the portrait came to conquer the private sphere and an emerging middle class. Toward the end of the Quattrocento the psychological ‘moment’ came into view, which naturally cannot be understood in the modern sense. The essence of a person, his mental state and emotional psychology, wasn’t achieved through any sort of analytical carving away, but was betrayed instead through subtle means. The fact that a portrait always, by definition, transcends the status of an exact one-to-one snapshot, but is rather always an aesthetic construct, is due to the desire of those portrayed to tell the world something about themselves. Merits, virtues, values, education, status and position in society are thereby hidden, in and by means of symbols and symbolisms – in attributes, interiors, landscapes, clothing, and posture.

It was at this same historical moment that self-portraiture began its ascendance to the prominent position it occupies today in the portrait-painting tradition. It served, on the one hand, a personal purpose for the artist himself, a place for private experimenting, and on the other hand can be understood in a broader social sense as one expression of burgeoning self-confidence in the individual. After all, as the role of painter as artist came to be held in greater and greater esteem over the course of the Renaissance, so rose as well the worth of his own image – an image at first half-hidden in larger compositions, gradually growing to be a stand-alone portrait in its own right.

In the 16th and 17th centuries, portraiture reached its zenith. The portrait has now finally arrived in the both the civic and private realm. Much was to change from the 19th century onwards: with the advent of photography, a quick and convenient technology came onto the market, one which created an image where reality and recreation were nearly identical.

The painters of the late 19th and early 20th centuries, in turn, shook the mainstream artistic world by finally and forcefully separating color and shape from one another. Painting triumphed over visually perceived reality. With advances in photography, new demands were placed on portrait painting, ones which inevitably drew further and further away from the artistic and practical demands being met by technology-based forms of visual reproduction.

Mummy Portraits
The earliest movable portraits have their origins at about the time of Christ’s birth, from the Faiyum, a lowland oasis region lying some three hundred kilometers south of Alexandria. Egypt had only recently been annexed by the Romans, a change in jurisdictional fortune that relegated it to the outskirts of an empire based across the Mediterranean Sea. Roman mercenaries, given leave to become farmers, were settled in the distant province, becoming in the process the foundation of a new, hybrid culture in the Faiyum.

The ancient belief that the deities humans worshiped were bound to one particular place belonged just as much to the Egyptians as it did to the Romans. The mercenaries settled in the Faiyum, therefore, had Egyptian gods to worship. The gods of the Egyptian countryside were, for them, simply different manifestations of the true gods; the Egyptian Amon and the Hellenic Zeus were one and the same person, just as Osiris, Bacchus and Dionysus were. Through the cult of Osiris, however, the Egyptian belief in an afterlife, and its associated burial practices, found its way into the Roman colonies. One such practice was the ancient Egyptian custom of giving human form to the coffins of mummies, or attaching a mask, in the form of an idealized human face, to the coffin’s head, a custom which the Romans of Egypt adopted and modified.

A longstanding practice common among the upper classes of the Roman Empire’s more central provinces was the creation of individualized sculptural portrait busts, for exhibition in a household’s atrium or central courtyard. Just how much of a role that tradition played in the evolution of Faiyum portraiture can be debated; certain similarities, though, seem too striking to ignore. The mummy portraits of Roman Faiyum were painted in encaustic or tempera, on canvas or wood, unlike the earlier Egyptian practice of painting directly onto the sarcophagus, or even the bandages of the mummy itself; moreover, these were individualized portrayals of the deceased, not the standardized representation of a canonical set of human forms as indigenous mummy painting had been. This made them eligible as objects of display, an echo of the portrait busts of ‘home.’ A mummy portrait would be made during its subject’s lifetime, ‘living’ with him in his house until, after the subject’s death, it was wrapped in the mummy’s outermost bandages, at the head, something like a face, peering out from between the strips of linen.


There have been numerous mummy portraits found of children, appearing in their likeness very much alive; considering how unlikely it is that these would have been made during the lifetimes of their young subjects, we can assume that it was acceptable to create these portraits even when the sitter could no longer hold his own pose, at the very least in the case of an early or unexpected death. While that may seem a tad macabre, the practice is nearer to us than we might imagine; the modern age has passed down daguerreotypes and even photographs to us of children and babies who have already died, propped up before the lens to appear as among the living one last time.

The word ‘mugshot’ is an informal term used describe an official photo taken of suspects in the course of police investigations. The photos serve as a tool to aid in identifying the perpetrator and can be used in the course of ongoing manhunts or criminal trials. In the USA, mugshots enter the public domain immediately, available to everyone through the Freedom of Information Act. The police usually take two mugshots at the time of arrest: one frontal, and one in profile. It is no longer common for the subject to hold a blackboard with his personal information on it, due to advances in digital photography and data recording.

When someone takes a selfie, they are turning themselves into art. This is not quite the same thing as simply making a picture of oneself – that is, of making a self-portrait. To take a selfie means to take a picture of yourself in which and for which you are already transformed into art. A selfie is, then, in actual fact an image of an image.

The most pointed criticism of selfies distinguishes these from other categories of image, and from self-portraiture in particular. Indeed, although we might identify certain painters throughout history whose choice of themselves as primary subject aroused suspicion, the creation of self-portraits as such was never wholescale condemned as a vice, nor did any meaningful (and critical) discourse around the topic exist. An explanation might be found in the small number of artists who painted self-portraits in the first place; for reasons of sheer quantity (or lack thereof), self-portraiture as a genre or practice could not be fraught with many societal consequences. Perhaps, though, the particular circumstance of the selfie, the essence of its creation, plays a role as well – namely, that whereas a self-portrait is only an image one creates with himself as subject, the selfie must go further, is an image taken of a person already in the act of making himself into an image, into art, to be reproduced in the final image we call ‘selfie.’ 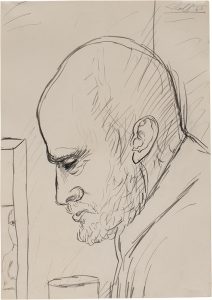 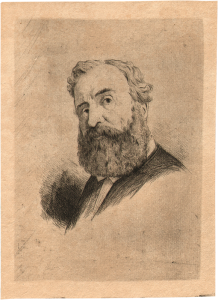 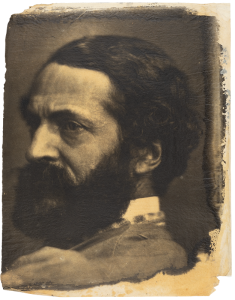 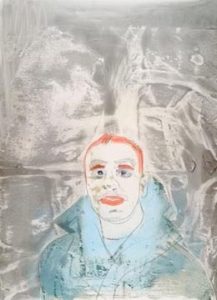 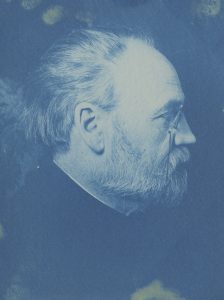 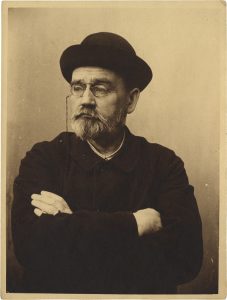 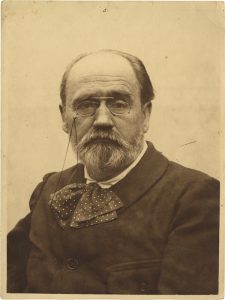 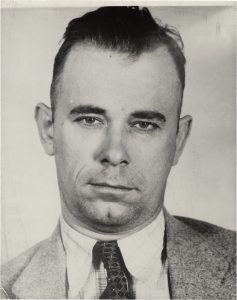 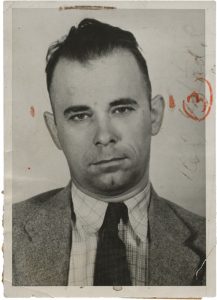 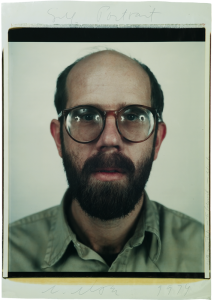 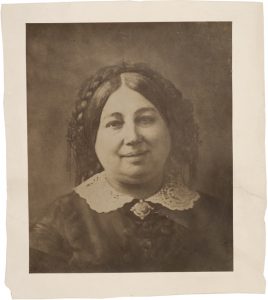 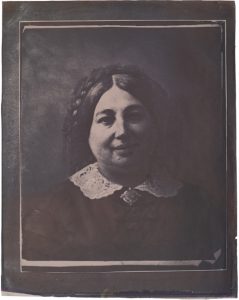 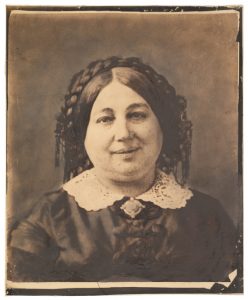 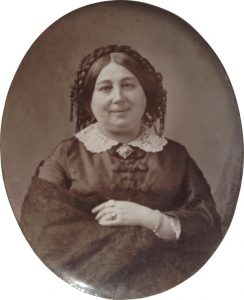 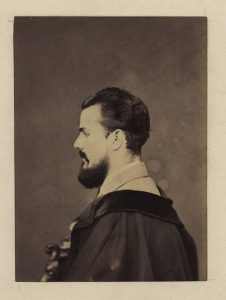