From the catalogue of the first exhibition by Daniel Blau, Munich 1990: “Images enlarge the space, expand it – form tunnels into other worlds, make the room a Charles de Gaulle departure hall”

Karl-Heinz Schwind studied under Georg Baselitz from 1978-84 and was a master student of Per Kirkeby at the Karlsruhe Art Academy from 1984-85.

His colourful, strong works, some of which border on material battles, contain numerous quotes from art history.

Schwind tries it out – that’s his style. His works show the political and cultural tensions of West Germany in the 80s.

To question himself and society – this is what Schwind has been working on in his painting to this day. He is not afraid of references, thematically he incorporates Ludwig Kirchner into his works, just as quotes of Dadaism and technical transformation of Tachism.

He follows an inspiration almost archaically, anarchically and creates work out of what falls into his hands: wood, magazines, wax crayons, canvas, yarn.

Schwind lives and works in Berlin. 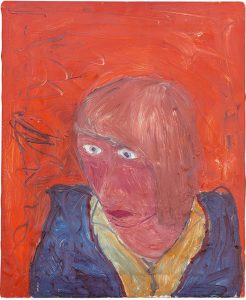 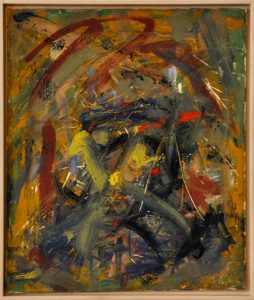 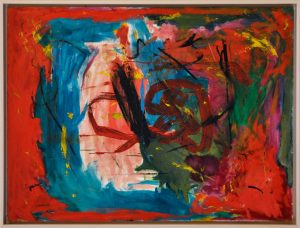 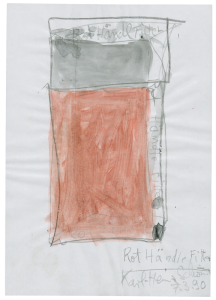 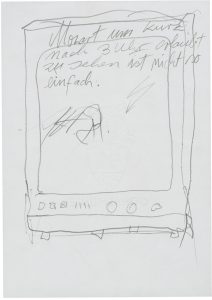 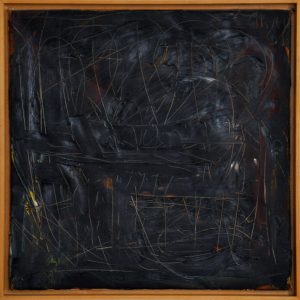 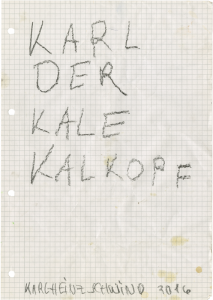