Daniel Blau is happy to announce our first yearly guest exhibition, this year featuring Adnan Sezer with his exhibition Hair: Object of Desire and Culture in our London gallery at 51 Hoxton Square, February 20th – March 20th.

The exhibition presents an exquisite collection of vintage photographs pertaining to the subjects of Hair: Object of Desire and Culture. Sezer’s exhibited collection presents various approaches of how to understand the practices and beliefs across sociological, historical and anthropological frameworks in the 19th and 20th Century.

The fascination with the subject of hair can be seen in works such as Bonfils’ portrait of a “Muslim Sheik” (Egypt, ca. 1870-1880), the “Turk of Trabzon” (Turkey, 1870s) taken by an unidentified Russian photographer; or the unusual family triptych by Dmitri Ermakov of a father, mother and son with hypertrichosis (Iran, 1870-1880s).

Sezer will present the photographs in smaller sub-series; one of which is a remarkable collection of photographs showing women with shaved heads in 1944 / 45. These photographs highlight the dramatic aspects relating to hair, through notions of purification and discrimination. This act of cutting, captured by photographers sometimes under challenging circumstances, shows a form of violence primarily affecting womens’ bodies, thus demonstrating a collective punishment seen through public humiliation. 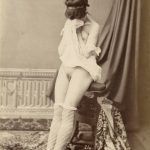 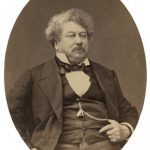 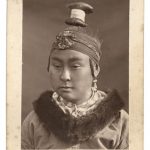