George Grosz was a German artist known especially for his caricatural drawings and paintings of Berlin life in the 1920s. He was a prominent member of the Berlin Dada and New Objectivity group during the Weimar Republic.

His drawings and paintings from the Weimar era sharply criticise what Grosz viewed as the decay of German society. He emigrated to the United States to teach art in 1933, and became a naturalised citizen in 1938. He thus avoided Nazi persecution when his work was deemed “degenerate.” His later style changed sharply due to his loss of faith in humanity, shifting from political propaganda to romantic landscapes and caricatures of the inhabitants of New York City. The traumatic WWI experiences that drove George Grosz to rally against war, corruption, and what he saw as an immoral society created a particularly affecting artistic legacy. As a symbol of the revolution in Germany, his art was instrumental in awakening the general public to the reality of government oppression. Grosz synthesised two distinct and long-standing traditions within German art history to create his unique style. Combining the linear quality of the historic graphic tradition with German Gothic art’s penchant for brutally grotesque imagery, Grosz utilised these traditional modes to add further emphasis to his contemporary moral perspective.

Grosz exhibited regularly and taught for many years at the Art Students League of New York. In 1956 he returned to Berlin where he died in 1959. 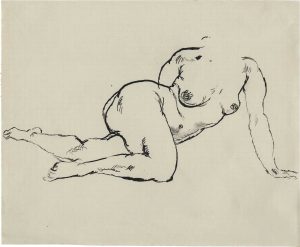 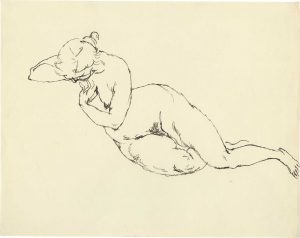 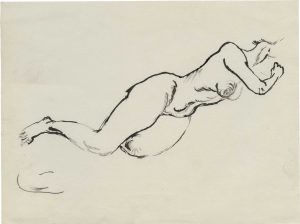