One of the most common printing processes developed in the 1850s is the carbon print.

In 1839 the invention of photography was formally announced. In the previous years many chemists, inventors and artists had worked on finding a method of capturing an image by the agency of light alone. Eventually, two processes reached a state of development that allowed the reproduction of images and spread the new technology throughout society. One method – invented by Louis Jacques Mandé Daguerre – enabled the photographer to capture lens images on silver-plated sheets of copper. The other one, invented by William Henry Fox Talbot, provided the opportunity to produce images on paper. These early methods are characterized by their dependence upon the sensitivity of silver compounds to light.

One of the most common printing processes developed in the 1850s is the carbon print. This process is named after the use of carbon black as a coloring agent, however, any other pigment would also work. The underlying method of the carbon print is based on a thick layer of gelatin which holds the pigment and is sensitized to light with a dichromate salt and exposed by contact to a photographic negative. The lighter areas of the negative expose the gelatin layer more to light than the dense areas. After the exposure, the unexposed gelatin can be washed away and a positive print, made of pigmented gelatin, will result. In the family of early photographic printing techniques carbon prints are the most stable and the only practical photographic process to produce monochromatic prints that use any of the color pigments commonly available to artists.

The first discoveries in this pigment printing process are credited to Alphonse Poitevin, a French chemist, engineer, inventor and photo pioneer. As such, Poitevin is regarded as the inventor of carbon printing. Poitevin and other colleagues and contemporaries, like Honor d’Albert, Duc de Luynes or Alphonse Braun continued these experiments and laid the foundation for all subsequent methods of pigment printing. 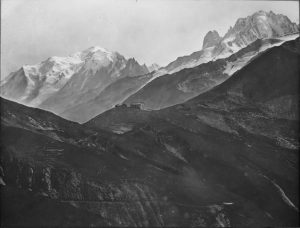 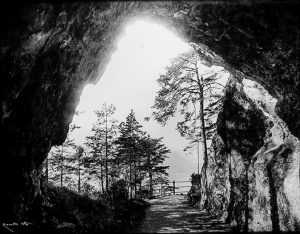