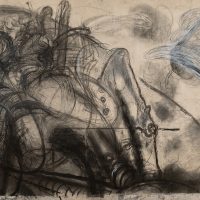 Vernissage (by invitation only)

In a series of bold 1980s works on paper by Penck the influences of the artist’s parallel practices as a sculptor and jazz drummer are palpable. These gestural works are characterised by rhythm and spatial awareness. These striking monochromes are complemented by a selection of earlier, color, almost abstract pieces from the 1970s – in black, red and blue gouache and wax crayon, perhaps coincidentally the colors of German electric cabling.

The human form and portraiture are the primary subjects of Andy Warhol’s line drawings from the 1950s, discovered in the artist’s estate. Warhol found inspiration in the pages of publications such as LIFE magazine, and many of his drawings reference photographs and graphic advertisements of the time. We are showing a selection of individual drawings of men, women and children.

Other exhibition highlights include works on paper by Arnulf Rainer and Emilio Vedova and ‘Orgie 1’ (1967-60) a large-scale charcoal and pencil work on paper by Antonius Höckelmann, who trained as a wood sculptor in the 1950s and whose mixed media works often combine sculpture and painting.
There is an appealing immediacy to these energetic and unpolished pieces, qualities that are also visible in in two towering oil paintings on canvas by American artist and musician Don Van Vliet – aka Captain Beefheart. His painting ‘Archaic Faces Frenzy’ (1986) depicts elongated figures set against a vivid background.
The post-WWI period is represented by a small group of nudes and erotic pencil drawings by George Grosz. 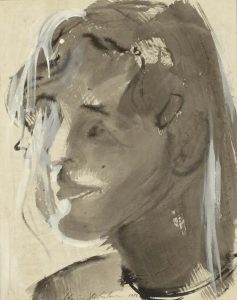 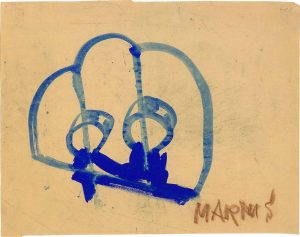 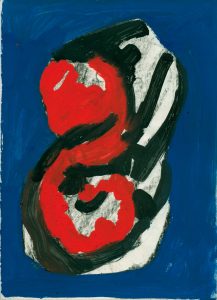 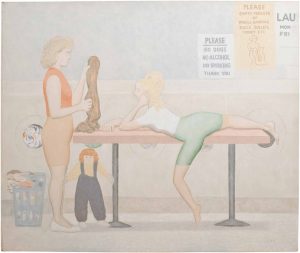 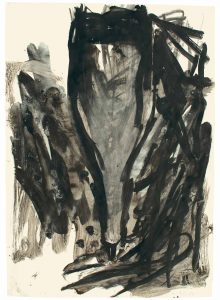 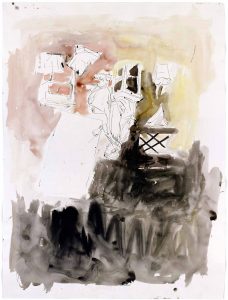