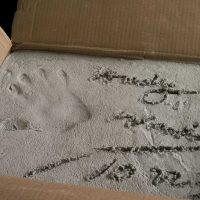 We are delighted to present an exhibition of rare sculptures, collages and drawings by Andy Warhol at Art Basel 2014.

Our exhibition includes one of Warhol’s largest cement sculptures – a cardboard box filled with cement in which the artist has left his handprint and signature.

We will also show Warhol’s sculpture “You’re In” – Coke bottles spray-painted silver. This was his contribution to the 1967 Museum of Merchandise exhibition in Philadelphia. The Coca Cola company soon forbid Warhol to sell the bottles as they were a Coca Cola product. So Warhol instead sold the “Silver Lining” perfume bottles and gave a silver Coke bottle to the purchaser for free. It is extremely rare to find Warhol’s silver Coke bottles and the original perfume bottles together. We will show three sets.

The exhibition will additionally feature a set of folding screens produced by Warhol after a visit to Asia in 1956, as well as a selection of recently discovered drawings and collages that offer us incredible insight into the early career of the one of the 20th century’s most important artists. 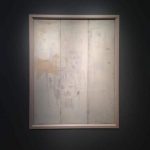 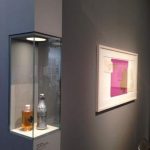 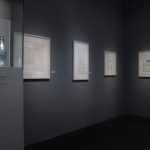 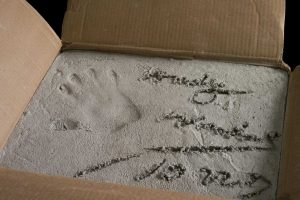