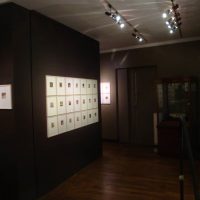 “He was not to do anything of bad taste, the women of the inn warned old Eguchi. He was not to put his finger into the mouth of the sleeping girl, or try anything of that sort” – ‘House of the Sleeping Beauties’ by Yasunari Kawabata.

Daniel Blau, London/Munich, in collaboration with Galerie Meyer, Paris, is pleased to present an exhibition of Nobuyoshi Araki polaroids.This exhibition will take place in the cultural quarter of Saint-Germain-des-Prés, to coincide with the photography festival in November.The quarter is infamous for the French home of existentialist literature – the creative birthplace of prominent writers including Jean-Paul Satre and Simone de Beauvoir.With this in mind, and in ode to the relationship between photography and literature, we have decided to engage directly with literary themes, by presenting to you a series of frozen narrative moments in photography: Araki’s polaroids.

In the introduction toYasunari Kawabata’s House of the Sleeping Beauties,Yukio Mishima compares Kawabata’s writing to a photograph. He says, like a still image, Kawabata’s writing might expose the light-world in which we live, revealing its bright, plastic hypocrisy. Literature is compared to the photographic image; both freezing moments in narrative time. Like Kawabata, Araki developed a profound frustration for the conservativism of Japanese society’s attitude to sex, and like Kawabata’s House of the Sleeping Beauties, Araki’s photographs seek to radicalise and re-invent the way we view nudity and sexual implicitness in Japanese culture, alongside the boom of the sex industry in Japan in the 1970s, 80s and 90s.

With true beauty and precision, it is Araki who brings this idea to life in the image; his series of polaroids conjuring a Kawabata-like story; where nude women become the beautiful protagonists in the perfect eroto-pornographic tale. 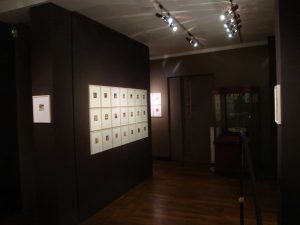