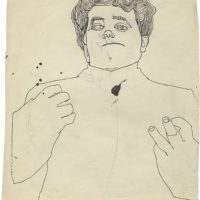 The Legacy of Andy Warhol is 2016’s major exhibition at Artipelag over the spring and summer period. Unlike traditional Warhol exhibitions, The Legacy of Andy Warhol is instead an attempt to broaden our understanding of his influence and legacy. Warhol’s footprint is not limited to his boundary-pushing art: he has also influenced our modern lifestyle and commercial areas.

This exhibition provides a unique opportunity to see more of his works that have never before been shown in Sweden, including 40 sketches from the 1950s and the legendary video installation by Andy Warhol and the Velvet Underground, The Exploding Plastic Inevitable.