The lingering fingerprints of a world thrown into war are still visible, and rightly so. World War 2 set the foundation for the second half of the 20th century. Borders changed. Politics shifted. Bombs fell like rain, and the world witnessed the birth of the atomic age. World War 2 left humanity suffering and broken. However, it has been over 70 years since the end of the war. For most of us World War 2 wasn't expierenced first hand. We do our best. We read books. Watch movies, yet these are not replacements for experience. Misled focuses on the experience of war through images und stories of German Youth during the time of the Third Reich. The selection of 83 phtographs, taken 1933-1945, tells the story of children living and fighting during the war. Only the hectographic or written information on the back of the prints offer information about dates and under which circumstances the pictures were taken. The written stories are firsthand accounts from friends who experienced the war as children. Misled is a bridge between past and present. While historical, Misled invites us to listen to the photographs, hear the stories and share in the conversation. Experience war in their context, as a child. Misled is an active conversation, in which the past and present experience one another.   Details: 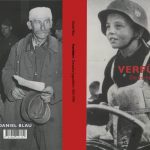