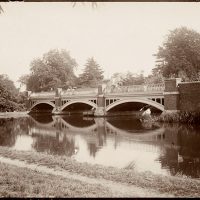 An exclusive exhibition of previously unseen vintage prints from 1898

Daniel Blau is pleased to present an exhibition of 19 photographs taken by Émile Zola during his period of exile in England, coming from his family and all inscribed by the master himself on verso.

Rather than thinking of Zola as a novelist who took pictures, we may instead come to view him as an artist who both wrote and made photographs. As a result of Zola’s courageous intervention in the Dreyfus Affair he spent almost a year in hiding in England. During these months in 1898‑1899 he took copious photographs in the Surrey countryside that was to be his home for much of this time. His friend (and bodyguard throughout the affair) Fernand Desmoulin having brought him one of his cameras. The photographs from Surrey depict country lanes, ladies on bicycles and the Crystal Palace, in some cases in panorama format. In Zola’s photography we see an abiding interest in architecture, machinery, the modern. In the portraits of friends and family, photographs of street scenes and still lives we see the work of a skilled technician with a profoundly visual sense of the world. It was no easy feat to capture photographs of moving bicycles, with the long exposures of the time, without blurring.

Zola was an accomplished photographer whose pictures of family members, collaborators, landscapes and street scenes evidence the same attention to detail as his naturalistic writings. Amateur photographers proliferated at the turn of the century and there is no shortage of snapshots from this era. However, Zola’s pictures of the rural England are made significant by their context. These pictures coming from the great-grandson archive are on view to the public for the first time. 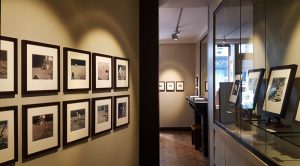 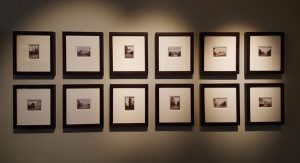 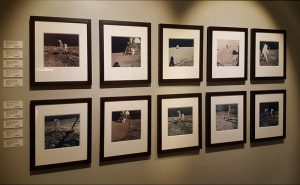 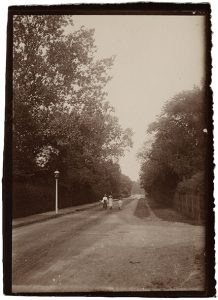 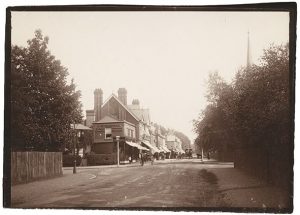 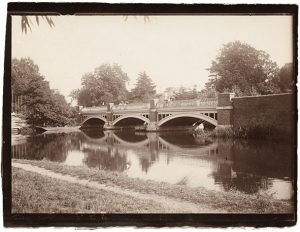 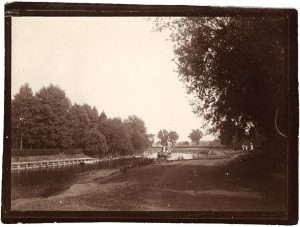